An automation is a campaign that will perform automated tasks like sending messages (e.g emails or SMS) to contacts or sending contact data to other services via Zapier or to Pipedrive with our custom integration with it.

You just need to set triggers and define actions to make Route do all the work for you.

How to create an automation in Route?

To create an automation, you just need to set triggers and choose the actions to be performed.

2. Set a goal for your automation. For example, our goal is to Schedule a Demo.

3. Define a trigger or a group of triggers that will set off the automation. Triggers are conditions based on the contact and event data that you have collected using Route.

In our example, we’re using the following trigger: 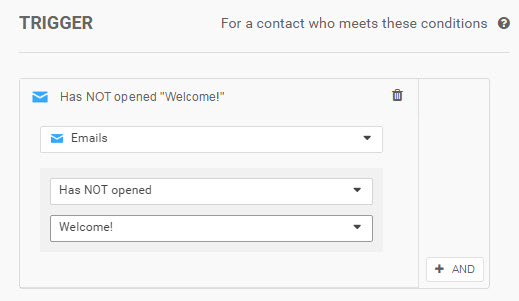 4. You can set a single trigger or a group of triggers. These are the trigger combinations that you can set –

In our case, we’ve set the following triggers:

5. Indicate the actions to be taken once your trigger conditions are met. You’ll notice that there are two options for the action to be taken.

You’ll also notice that there are two types of actions that you can take – send automated messages (such as emails) to a contact or send contact information to a third party application such as Zapier or Pipedrive.

In our case, we’re scheduling two actions to be performed once the trigger conditions are met. 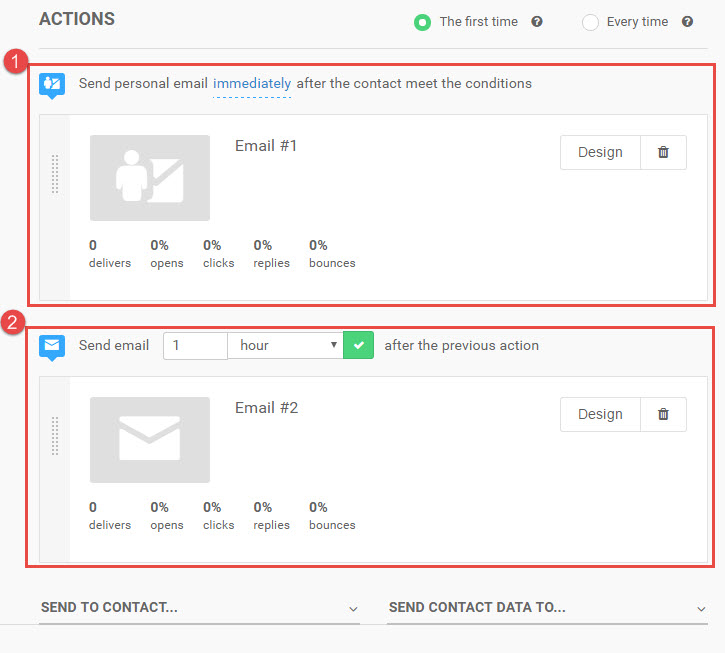 6. Click on Save Changes to save your automation as a draft. The actions won’t start until you enable and save it.

7. When you’re ready to start an automated campaign enable it and then hit save.

Note: Once you enable your automation, you’ll have two options:

That’s it! Your automation campaign is now active. Once the actions are performed, you’ll be able to see the corresponding performance metrics.

What is the difference between a behavioral campaign and a transactional campaign?

When to use it?

Use automations for behavioral campaigns, and transactional campaigns.  This is because these campaigns consist of a series of actions depending on the behavior, characteristics, and actions taken by a contact.

In Route, you can also use automations for sending contact data to other services such as Zapier and Pipedrive. This would ensure that all your services stay updated with the information you’ve gathered in Route.

As we have to handle a great amount of data, we have created ways to better organize this data so that your automations can run smoothly. However, there are some factors that can impact the campaigns you create:

Sometimes you might come across an instance wherein the number of contacts that match the triggers is different from the number of emails sent.

For example, your trigger shows you that there are 500 contacts that satisfy the trigger conditions you’ve set. However, only 250 contacts received the campaign.

In such case, you should check the option you chose while enabling the automation.

Next: Learn more about creating Broadcast campaigns in Route.